Should I Hire A Professional Editor? Four Reasons Why It’s Important

By: Marie Elrich|Published on: Sep 8, 2016|Categories: The Second Draft| 0 comments 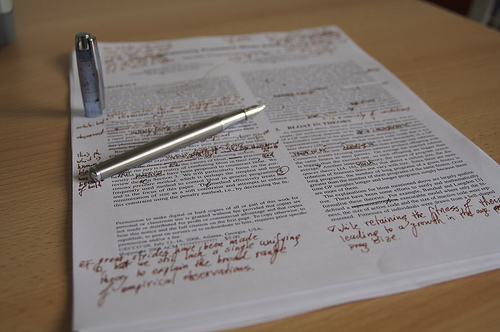 Welcome back to another post in the Second Draft series, where we’re taking a look at self-editing, professional editing, beta readers, and more!  This part answers the question why we should hire a professional editor and is the first article written by Marie Elrich!  Enjoy! 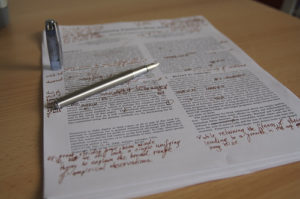 Some writers immediately admit that they need a professional to look over their work before they format it into an ebook, while other writers do not see the merits of having an editor.

They either think that self-editing their own works is enough or they do not want to face the sting of criticism. Both reasons are understandable, but not enough when a writer considers the importance of hiring an editor.

The number one reason indie authors should seek a professional editor is because they want to compete with traditionally published authors. Traditional authors have the convenience of a publishing house full of editors and reviewers who look over their manuscript and make thousands of changes before it ever reaches the hands of readers.

These editors pour over the manuscript, searching for easily missed errors such as using the wrong “there” or “two.”, as well as much harder to find ones. They also make sure that scenes are plausible and that they flow overall. The indie publisher does not have that advantage built in, but they could if they are willing to hire an editor to do this work for them.

You might argue that hiring an editor costs a lot of money, and it can, but the money is worth it, especially when writers consider reason number two: Indie authors do not want to be the victim of the negativity social media can bring with the simple click of a button.

Social media can be a powerful tool or a dangerous weapon. For example, consider the negativity the mother of the boy who fell into the gorilla pit received. Whether or not you agree with the reviews of the mother is irrelevant, because the fact the video spread so quickly is the reason writers should consider editors.

Negative attention can spread like a wildfire, and writers certainly would not want a snapshot of a grammar error from their book to be popularized in that way on multiple media outlets. This can be avoided by hiring an editor to review grammatical errors.

Sure, you may think that the likelihood of your inappropriate use of commas (Let’s eat Grandma! or Let’s eat, Grandma!) is low, or the impact they have minimal, but, negative reviews are detrimental to an author.  This brings us to reason number three for writers to hire editors: reviews are the difference between a reader willing to try your book or rejecting your book in favor of someone else.

There are thousands of books published every month and that makes competition even harder. The best way for indie authors to be noticed is to receive positive reviews so that they can stand out from the crowd. Negative reviews are also bound to happen, but when they are about something that could be changed, like “a” or “an”, it has an even great impact.  Bad reviews surrounded by good ones have a lot less weight than a few good reviews surrounded by the bad ones.  In the end, an editor can ensure that both grammatical and developmental errors are not missed.

The fourth benefit of hiring an editor is that they can assure an author’s writing makes sense and flows well. This applies to both fiction and non-fiction writers alike. Non-fiction books need to have logical steps and credible research, as well as appealing stories to keep people engaged while they read. Editors can make sure that research and stories are accurate and flow seamlessly together. Fiction writers need editors to go over their content to make sure they have believable worlds, round characters, and as few plot holes as possible. This is especially true for fantasy writers, who are creating worlds which must be unique and plausible. Yet, writers hesitate the most when it comes to hiring an editor for developmental edits.

The bottom line is we are all afraid of rejection in our writing, especially since that work is like a precious child to most writers. If we can overcome this fear, we will be able to reap all the benefits that editing can offer an indie author. Our books will be able to look more professional, avoid negative reviews on social media and on purchasing platforms, and ensure that their book’s content flows together.

Most of all, with the right editors help, indie authors will be able to achieve their greatest wish: having a successfully published novel.